When and who invented the implants? Perhaps this question just no answer. Even archaeological excavations revealed the fact that replace lost teeth using a variety of materials of animal and mineral origin have tried in ancient times. Practiced even tooth transplantation from one person to another.

For example, was found a fragment of the lower jaw Inca (VI century BC)., Which preserved implants with sea shell mussels; in France found the skull of a woman who lived in the I century. BC, with a metal implant in the hole teeth of the upper jaw. In ancient Egypt found a mummy whose missing teeth were restored before mummification. 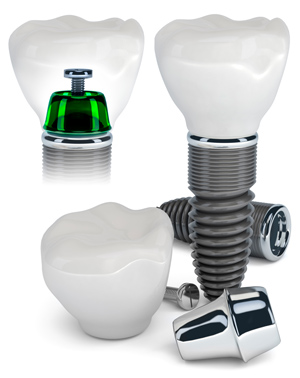 Such properties at the time had the best titanium, which is characterized by the ease and resistance to corrosion. Later, in the preparation as implants and prosthesis began to use different biological materials.

The process of implanting titanium elements in human bone tissue without the risk of fibrous capsule called osseointegration. To ensure a strong fusion of the metal surface of the bone must comply sterility, clean surface, geometric equality bed and designs.

The second half of the 20th century - the active development of different designs of implants:

In 1963 L.Linkow creates implant screw with a hole in the bottom third of the intraosseous that improves retention.

In 1965 P.Branemark created a collapsible design screw implant consisting of intraosseous part and bolted to her anchor head (abutment).

In the last decade implantation has become an accepted, affordable and effective method of treatment.

Indications for implantation of teeth
Everyone who has lost one or more teeth due to various injuries, disease or tooth decay, automatically becomes a candidate for dental implants. If no one, several or all your teeth, dental implants help compensate lost teeth. Older people can also go through the implant, as the determining factor in the implementation of implantation is more health status than age.

Advantages of implantation:
Cosmetic component.
Recovering important physiological functions - preventing the negative effects of the lack of teeth. If you lose one or more 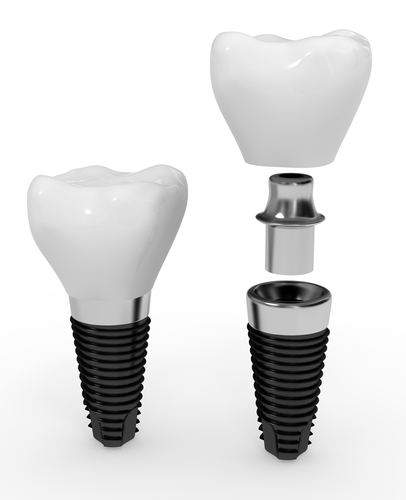 teeth, with time, bone thinning and leads to deformation of maxillofacial system. The implant is the same as a natural tooth root, is a reliable support for bone tissue. 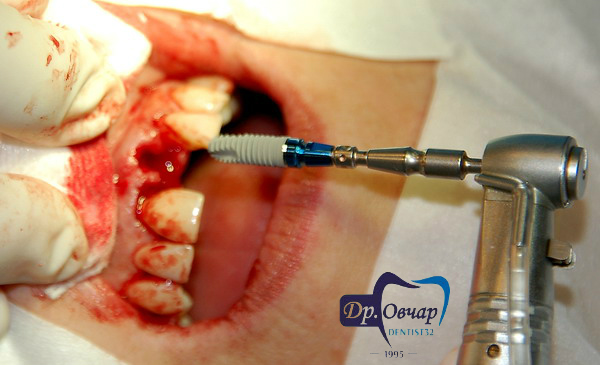